I am just back from Greenwich and the Steampunk exhibition at the Royal Observatory.  The exhibition is another in a long line of fictional takes on museums – the history of which goes back for hundreds of years – and, like all fictional museums, it casts a sideways but interesting light on the nature of ‘real’ museums.

So Steampunk (for those of you who have been living on Mars) is an anachronistic mash up of science fiction and 19th century history. Steampunk followers love clockwork airships, mechanical computers and other fantasy and what-if takes on the Industrial Revolution.  At the Royal Observatory they have taken over Flamsteed House, where the first Astronomer Royals lived, and threaded through it their own version of the Longitude Story (complete with airships and kiwi birds).

Steampunk is not to everyone’s taste.  I ask the Marco Polo illustrator – who has her own exuberant way of storytelling – what she thinks of Steampunk, and she tells me, ‘Naff’.  I on the other hand rather like it. it’s true that the design values can be tatty but you can’t fault it for sparkle and high-spiritedness, and anyway whether we like it or not I think it is here to stay.

Imaginary Museums have their own long, strange history, which goes back at least to the 17th century philosopher Thomas Browne, who imagined and described a museum called the Musaeum Clausum, that contained, amongst other things, a ‘large Ostrich’s Egg, whereon is neatly and full wrought the famous battle of Alcazar, in which three Kings lost their lives’ and ‘A Glass of Spirits made of Ethereal Salt, Hermetically sealed up, kept continuously in Quick Silver and so volatile a nature that it will scarecely endure the Light.’

Dozens of questions spring to mind.

Can a museum meaningfully be a book – like Thomas Browne’s?  Well, maybe.

What makes writers and artists love museums?  Interestingly, it is usually traditional museums – objects in showcases –  that stir their imaginations. Which makes me think that maybe they feel a contrast between the straightness of the showcase lines and the power of the objects inside them – and find it compelling?

And are fictional museums on the increase?  I would guess yes – because it’s all part of the melting of walls, the blurring of boundaries and the dismantling of categories that is happening in every direction – and which is probably the effect of the internet.

It’s a disconcerting thought that if you can thread fiction through the story of Longitude – as they have done at the Royal Observatory – you can certainly recreate entire museums in the parallel, virtual world and give them any story you want. The internet plays with eveyrthing it can lay its hands on.

And so it wouldn’t be surprising if museums, which are at heart boxes of categories, felt the effects of this melting and merging of boundaries.

But the interesting question is, ‘What can real museums learn from imaginary ones?’ and to this the upbeat answer should return, ‘Lots’ – firstly because they compel us to ask what we mean by a museum?  and secondly because all these imaginary museums are a sign of the imaginative power that museums exert over artists and writers – and so by extension over all of us.  (Even the Harry Potter experience at Watford borrows the language of museums – which I think we should take as a back-handed compliment.)

An imaginative take on museums doesn’t necessarily mean a fictional one. It’s more about letting artefacts and their stories stir our sensibilities so that we float away on our imaginations.

In a world that feels thin and lacking in content, museums are dense, rich boxes of meaning.

We should be so lucky.

Incidentally I am speaking at the Museums Association conference in Cardiff (Friday, October 10th) with Iain Watson, Director of Tyne and Weir Archives and Museums, and Martyn Evans, Principal of Trevalyan College.  Our combined talk is called ‘The Collection in the Cloud’ and our theme is ‘What is the Museum’s space?’  We are likely to touch upon such entrancing and mind-bending questions as ‘What is a Museum?’ ‘What kind of reality would a digital museum have?’ and ‘Is a digital museum any less real than a real one?’  We hope you will come.

I am soo looking forward to reading this

My nerves are shot 🙃. I can’t thank @septemberbooks and @hhbagencyltd for their support and for giving a reg Kirkby girl the chance to share the painful, absurd, dark and often ridiculous experiences of mental health, addiction and recovery... #sobering (pre-order available 🤢) https://t.co/h2L0X1isVY

We have 3 mythical, eerie and haunting short story collections which are perfect for this spooky season. Available to buy from our online shop and all good bookshops now! 🎃👻 https://t.co/lLUIDPrJTY @SharonBlackie @EnglishHeritage 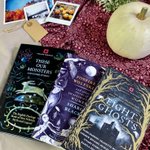 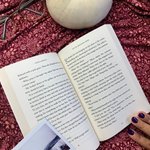 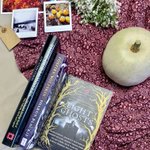 Empty plates left outside the local Tory HQ and Con Club after Southend West MP voted against feeding children most at risk of going hungry. @BorisJohnson 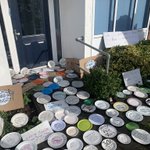 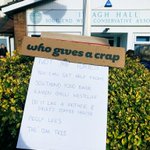